Who Owns Your Boat? On Anger and the Law of Attraction (Episode 142) ⋆ Mama Says Namaste

Who Owns Your Boat? On Anger and the Law of Attraction (Episode 142)

So, the emotions episode last week really struck a chord with many of you, and we wanted to elaborate a bit more on it today. Let’s talk about two biggies here: Anger and Control. And, the icing on the cake: what are you attracting in your life?

What are you allowing to get to you today?

Listen to this episode on iTunes, Spotify, Stitcher, Google Play, TuneIn, YouTube, iHeartRadio or your RSS Feed  *Now also on the Pandora app and Radio.com!

Before we ever get to a point of being able to navigate our emotions, it can really help to first take a step back and pay attention to what fuels them to begin with!

Yes, every emotion is fueled by something – so what are those things that affect you, and why? Emotional volatility is not the most reliable leadership...or parenting tool. Typically, anger means you've lost control. You may think you have a handle on your temper, but it's hard to predict how people will react to anger - they will shut down as often as they will perk up. So when you utilize a volatile emotion like anger, you can expect a volatile response.

So let’s look, first, at what is within your control, and who is in charge of the emotions that erupt out of you. 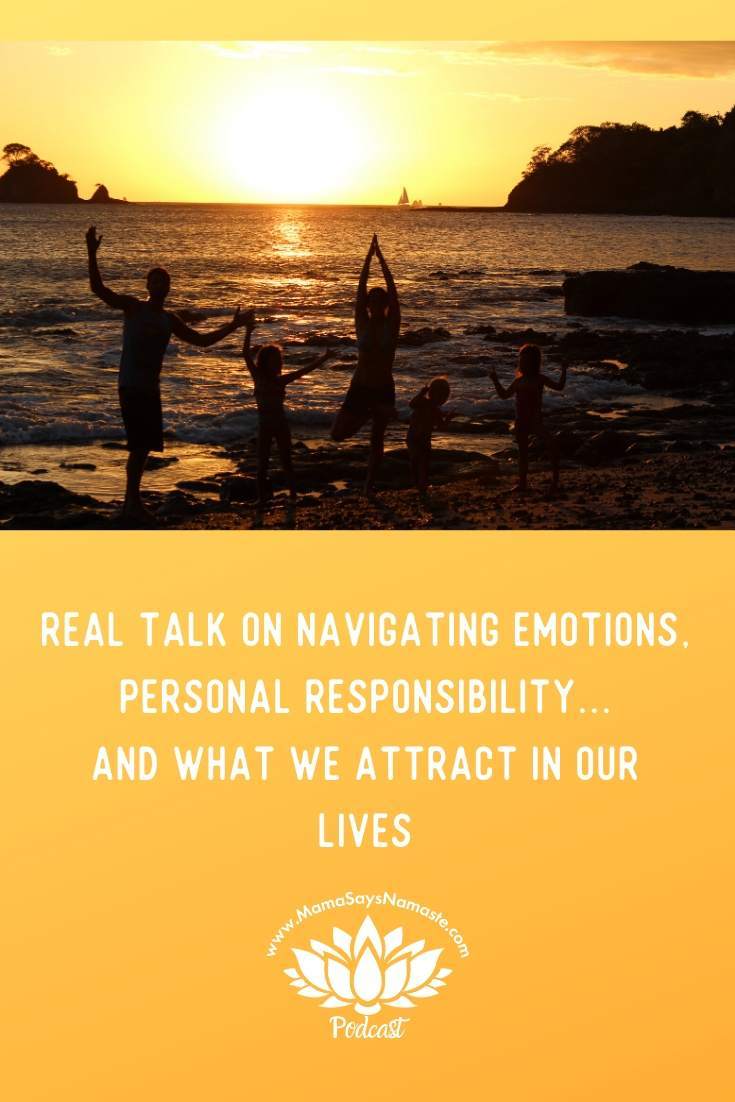 It's Not The Boat

Here is the story I talk about in the video above from Marshall Goldsmith's book, Triggers:

Ancient Chinese philosopher named Zhuang Zhou wrote about a young farmer who was covered with sweat as he paddled up the river. He was going upstream to deliver his produce to the village. He was in a hurry - it was a hot day, and he wanted to make his delivery and get home before dark.

As he looked ahead, he spied another vessel heading rapidly downstream toward his boat. This vessel seemed to be making every effort to hit him. He rode furiously to get out of the way. But it didn't seem to help.

He yelled at the other vessel, "change direction, you idiot! You are going to hit me! The river is wide, be careful!"

His screaming was to no avail. The other vessel hit his boat with a sickening thud. He was enraged, as he stood up and cried out to the other vessel, "You MORON! How could you manage to hit my boat in the middle of this wide river??!! What is wrong with you?"

As he looked at the other vessel, he realized there was no one in the other boat! He was screaming at an empty vessel that had broken free of its' moorings and was going downstream with the current.

The lesson is simple:

There is never anyone in the other boat. When we are angry, we are screaming at an empty vessel.

The incredible monk Thich Nhat Hanh described it like this: "Think about a time in your life when you have become angry and lost control - who is responsible for this unattractive behavior? Is the bigger problem someone else, or your own ego? Is it more about how it affects YOU than the actual situation? 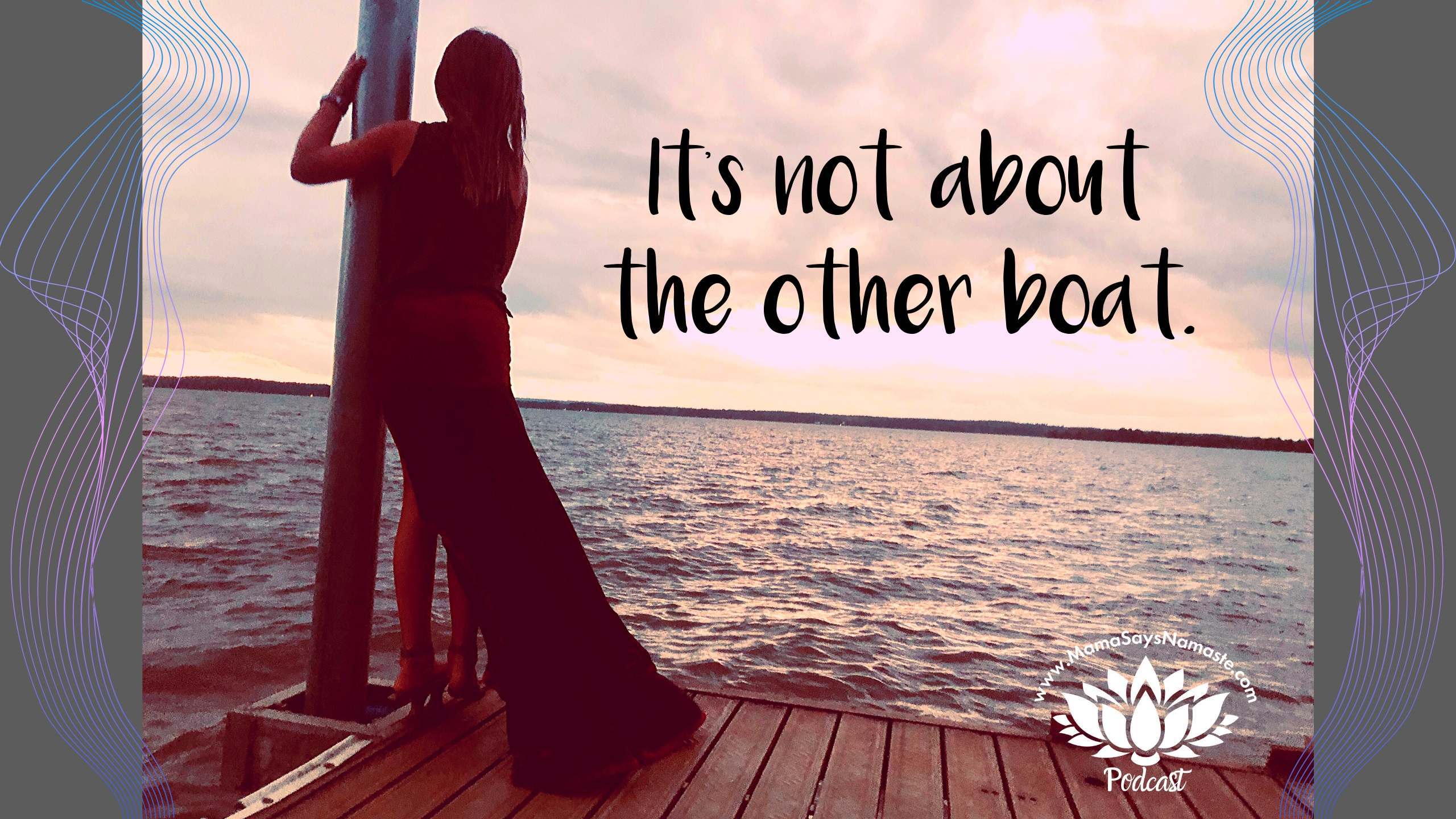 It’s important to not just suppress what’s going on – that can lead to an eruption that can be pretty extreme. There are many ways to express this – physically, emotionally and mentally. If you recognize that anger is rooted from within, then we’ve identified the first step to work through it. It’s going to require working that anger out from within.

On the podcast, Nathan shares about the natural instincts in animals to shake off tension and move their bodies. We’ve been watching The Dog Whisperer as a family, and it’s been fascinating learning more about dogs and their behaviors and how to recognize and read body language…which can translate in so many ways to their human counterparts as well. In the most recent episode, we ended up pausing the show to simply talk about what we observed in the body language and behavior of the people on the show, seeing how much their bodies didn’t match the words coming out of their mouths.

Look out and observe the physical manifestation of emotion – watch body language!

Want some proof? Here are my own personal real-life examples:

I’m not stressed – I’m FINE!!! I’m a pro at mind over matter, and I’ll muscle through! And when I keep on muscling, not taking time to rest, recharge, or sit with the emotions I feel, it comes out in a multitude of ways:

These are all legitimate mental, physical and emotional experiences I have personally had from not creating a consistent channel to funnel stress!

What are some positive things to do? Taking this same scenario, when there is stress in my life now, these are the things I do:

Funny enough, this video I created back in 2016...when I was in the midst of dealing with my own anger and other volatile emotions during a period of transition in our lives.

What can you take personal ownership for?

What can you do to dummy-proof your life so you can get yourself out of chaos? Sometimes the best thing is to look at actually adding a few things in that make the chaos less, like setting out your clothes the night before, or doing meal prep once a week. Adding in some systems and routines that help you to be proactive in your day can be so valuable.

Our daughter Juliet loves to get her emotions out by belting out her own made up Broadway song, all about how she’s feeling at the moment. The beauty isn’t just in her singing outlet, although it’s extremely adorable. It’s in the fact that she belts it out…and lets it go. It doesn’t become a mantra for her life; simply a stanza in her song.

We just finished the first in the Sara series as a family. This section did such a great job of laying out exactly what mindset shift happens when you go from a place of where you don't want to be to get to a point of attracting something different.

The book we are reading as a family is a children’s novel based on the Law of Attraction. This section...is very timely. As we can look around us at all the things we DON’T want in our lives, it can quickly spiral into that being all we see. Those “silver linings” people aren’t always just trying to fake it into positivity, but to intentionally direct their focus on anything good. The truth is that life isn’t all rainbows and sunshine for anyone. And for some, it’s super hard. Yet we hear of those who rise out of adversity and shine. It’s not an easy road, and I would say the majority of the time, those who rise out of their darkness didn’t do it accidentally. It’s work. It’s intentionality. It’s seeking the help and support you need to move forward. And it’s finding gratitude in anything and everything you can along the way. Right now, in this moment, there are many things I can focus my gratitude on. And we’ve enjoyed reading this book together and learning more about the impact our mindset has on us. This week’s podcast episode is all about navigating emotions...ALL of them. It’s not shutting down anything negative, but allowing yourself to feel, to process, and to let go. That, then, is when you bring those thoughts and feelings that lift you up and motivate you to keep moving forward. Lots to say on emotions and our focus...which is why we have a podcast. ? #mamasaysnamastepodcast

Remember Peter Pan - getting your mind in that right spot to actually fly. Sit with your emotions and allow yourself to feel. Even if they aren't the more "fun" emotions, it's important to be honest and share where you are. It's in our vulnerability that we often connect on a deeper level.

"Fear is very valuable, but you don't let it drive." Keep in mind that experiencing emotion doesn't mean you have to settle in it.

Recognize that powerful difference between focusing on the conditions vs. the feeling that comes from it.

Your Book recommendations this week:

Some additional resources for you

Find your center. Think about what we talked about on the podcast. How are you fueling your anger? Are you adding to it, or allowing it to pass through? What are you drawing to you? What energy are you attracting around you? 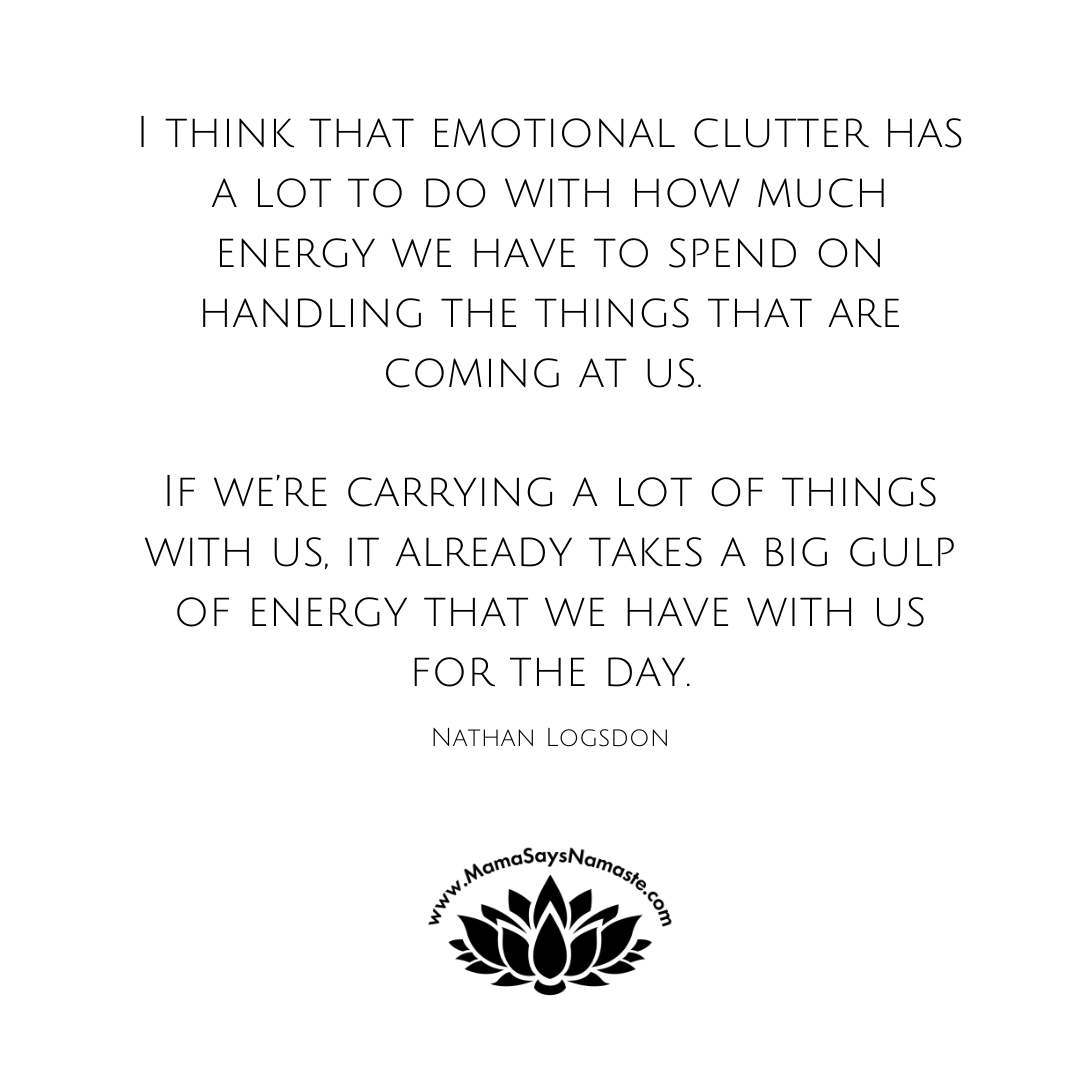 Talk with your family. Our biggest element of unschooling has little to do with an agenda, and a whole lot to do with having conversations with your kids.

"The day is never more important than the way"

The uniqueness in each of us strengthens all of us. Namaste 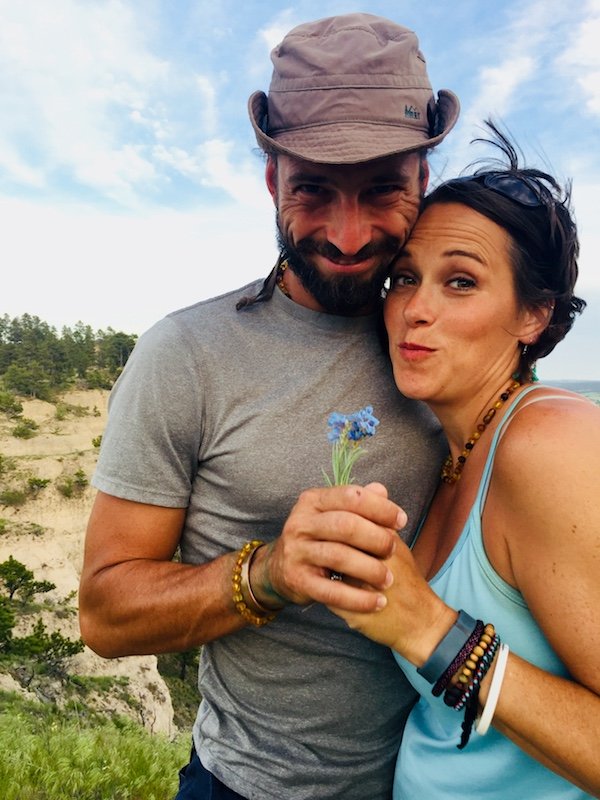 Or, hop on over to the Mama Says Namaste or Unschooling Families FB groups and ask your question there!

Mama Says Namaste is a participant in the Amazon Services LLC Associates Program, an affiliate advertising program designed to provide a means for sites to earn advertising fees by advertising and linking to amazon.com, amazon.co.uk, amazon.ca. Amazon and the Amazon logo are trademarks of Amazon.com, Inc. or its affiliates.

The Secret Exercise Routine No One Is Talking About (Episode 203)