Valentine's Day, ah, the quest for love and romance! Actually, I did a little research and learned a few things about this little holiday. What to write in a post about this holiday? What romantic ideas do I have to share?

I can write pages on how awesome my spouse is or how to keep the romance alive, however what keeps pressing on my mind is what this holiday actually means, and why we focus in on only one day for this.

There is a lot of mystery shrouded around this holiday, and like so many others, we have created something far from the truth - something we not only buy into, but a holiday surrounded by consumerism. Side note - if you want to really play it smart, try celebrating Valentine's a day (or even a week) after - less crowds, and holiday prices slashed in half! 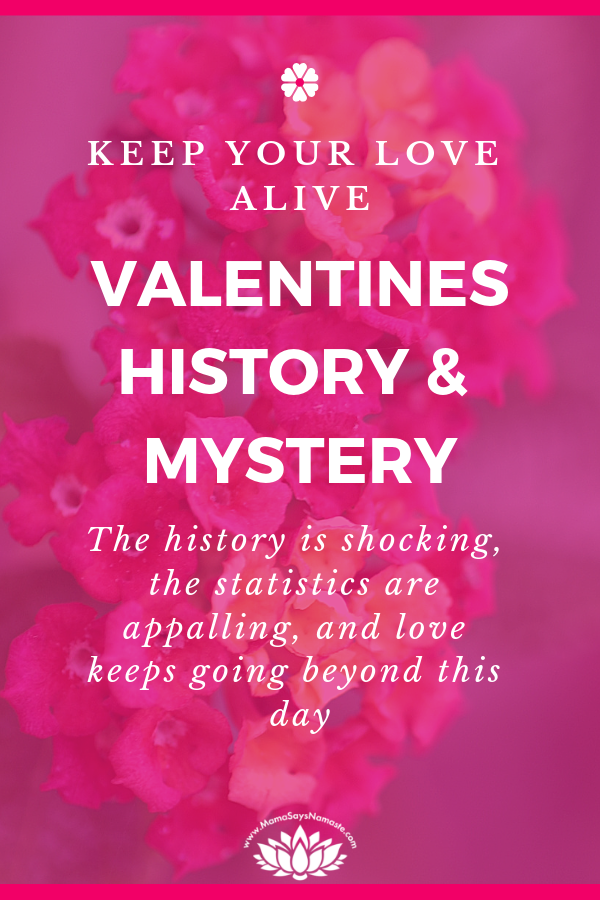 The History of Valentine's Day

I've read many stories around St. Valentine, and to make matters more confusing, there were actually multiple St. Valentines (there are at least three mentioned in the Roman Catholic Church)! The overarching story, however, surrounds risk for the sake of love.

One man secretly married couples when an Emperor outlawed marriage so he could send more single men to war. 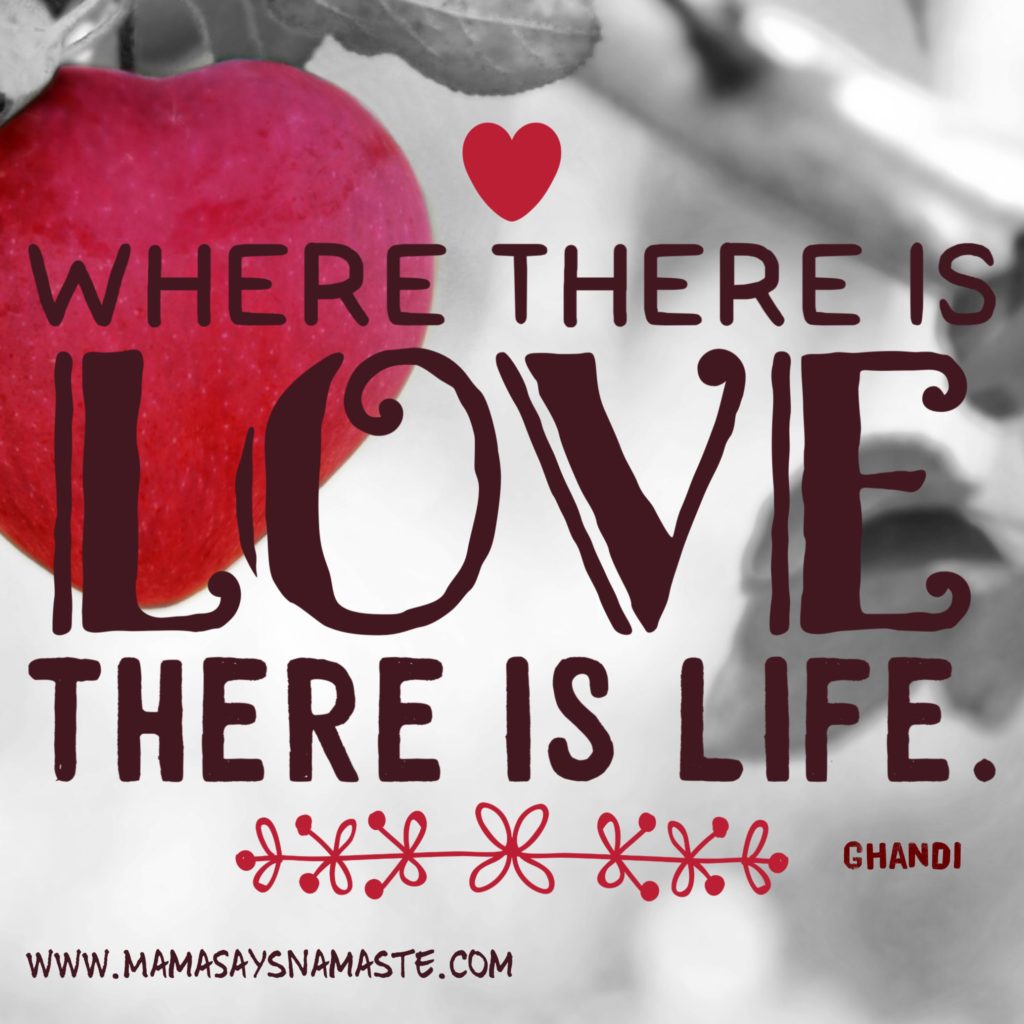 Another attempted to release tortured Christian prisoners under Roman rule (while sending love notes to the jailer's daughter, signed "from your Valentine". The third theory had less to do with Eros (passionate) love and more to do with Agape (Christian love) - a man who refused to renounce his faith.

The ambiguity behind St. Valentine and who the holiday was specifically named for intrigues me. According to another source, St. Valentine has been incorrectly associated with finding love.

He is more accurately the patron saint for those who have already found their soulmate.

St. Raphael is the patron saint for "happy encounters"...but I guess "Raphael's Day" didn't have the same ring to it.

This holiday is a light touch on young romance. I question whether it truly focuses on the soulmate. Read on.

If you dig deep into most any holiday you will discover the influence of religion, specifically the Roman Catholic Church.

The significance of Valentine's Day being on February 14th has to do more with a holiday of fertility that was already set in place to honor the Roman god of agriculture, Faunus, as well as the Roman founders, Romulus and Remus.

Lupercalia was celebrated on February 15th, and, according to the History Channel:

To begin the festival, members of the Luperci, an order of Roman priests, would gather at a sacred cave where the infants Romulus and Remus, the founders of Rome, were believed to have been cared for by a she-wolf or lupa.

The priests would sacrifice a goat, for fertility, and a dog, for purification. They would then strip the goat’s hide into strips, dip them into the sacrificial blood and take to the streets, gently slapping both women and crop fields with the goat hide.

Far from being fearful, Roman women welcomed the touch of the hides because it was believed to make them more fertile in the coming year.

Later in the day, according to legend, all the young women in the city would place their names in a big urn. The city’s bachelors would each choose a name and become paired for the year with his chosen woman. These matches often ended in marriage.

How's that for a celebration!  While I am thrilled that we women no longer get slapped with goat skins and have our fates decided by a man picking a name, does Valentine's day really focus on anything else I believe in?

Here are some stats on Valentine's, according to the National Retail Foundation:

However...we're on a decline for who all is celebrating! The cost of Valentine's Day spending has gone up a billion dollars in a decade, yet the number of people actually making this holiday a big deal has gone down. Isn't that crazy?

Percent Planning to Celebrate Valentine's Day Over Past 10 Years

Here we have a holiday that is ambiguous in it's start, was set up by the church more to cancel out a pagan fertility love fest, and is a day utterly overloaded with consumerism (don't get me started on Christmas!)

Bring on the Valentine Romance!

As you can see on the chart, 18-34 year olds are typically the ones spending the most on Valentine's, although we're seeing this trend decline. I know in my teens V-Day was such a big deal.

I remember one young couple who each exceeded $400 one-upping the other on who was more "romantic." In high school and college, Valentine's can be what you love or hate, depending on if you have a significant other at the time.

But that 18-34 age bracket is when many are getting serious about settling down. Valentine's has become this gauntlet of approval to forge through to prove you are romantic enough to become a spouse. It's all about that courting dance of impressing a potential suitor. Maybe our Valentine's is just our animal ritualistic way of performing a mating dance.  It's all about laying on the romantic charm.

If that's the case, why do we not continue this "romance" after we are married?

Why are we seeing the celebrating declining? First off,

"In 2012, approximately one third of adults still wanted to get married at some point in their lives, however, the percentage of married adults nowadays is remarkably lower than it was some fifty years ago, regardless of the age of spouses. In 2010, a survey among Americans showed that almost half of Americans aged between 18 and 29 thought that marriage was becoming obsolete." (get more stats on weddings and marriage here)

Remember the Romance beyond the "Valentine"

I love romance. I love doing things to make Nathan feel my love, and being sappy and sweet. I can argue that Valentine's Day is just the push as a reminder for people to acknowledge the one they love. Honestly, that's exactly what a wedding ceremony is as well, right? A public display of affection to announce your devotion?

It  may be that the older...or more informed crowd recognizes this - that holidays and even wedding ceremonies are more of a public announcement of love than a requirement in order to be in a relationship. Maybe it's not about what you should do to prove your love, and it's more about going deeper into a relationship where proving isn't needed.

You may not celebrate Valentines because you have been burned by romance, frustrated by your singleness, or disappointed in the relationship you have. For those of you on this side, I love coaching individuals (and couples) on understanding their beautiful strengths and how to find and connect with a mate.

For the other side - the side that has found a deeper love beyond the public display, this is how I see my forever "valentine's day":

One day isn't enough to shout my love for you from the rooftops. No $60 bouquet will make me feel your love as much as you coming up behind me, wrapping your arms around me, and kissing my neck. Our love is shown by the look in your eyes, the connection in our touch, and the hours spent simply talking and dreaming together.

It's the play and the laughter and the sweet love notes, flirting and goofing off. 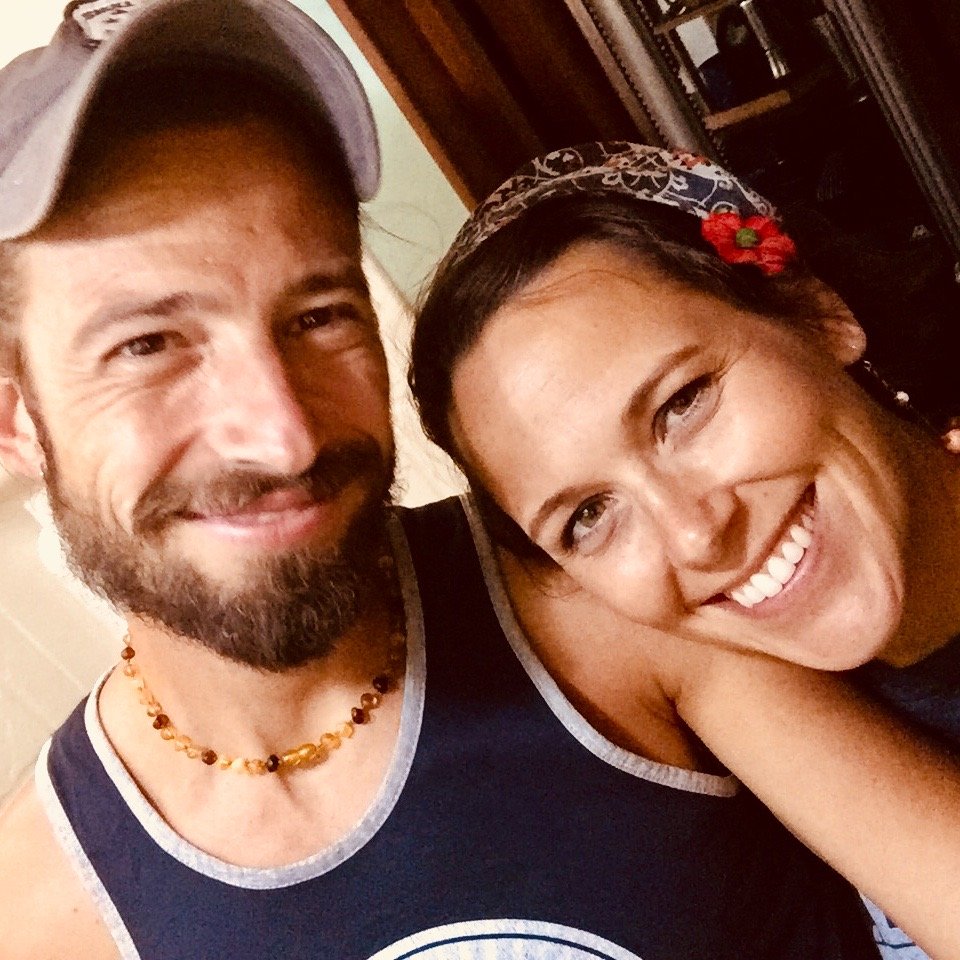 You show me love by your devotion, your desire, and your drive to make our relationship go further and deeper every passing year.

You create beautiful masterpiece dinners and step up to wrangle kids when I'm fried. You give me regular massages and ease out the tension in my shoulders from kids that seem to weigh an extra 100 pounds when I carry them. It's the intuition to support me in a way I need instead of what the world says is "romantic."

You remind me to simply be and to honor, love and respect the incredible person I am (and you've helped me to discover that). You push me to be independent yet are always there for me whenever I need you.

We have grown so much since we first met, and I'm so thankful that we've done it together. You are my soulmate not simply on February 14th, but intentionally in my heart every single day.

I choose to love you through every season, and am happy to be by your side as we explore this life together. I commit to make my love go deeper than a valentine's card (or post) and take action every day to show you my love.

Yours always and forever, Ashley

Deep love is not a tangible manifestation of roses, cards, and Valentine's Day candy. It doesn't always require a fancy outfit and gourmet meal.

When you're in the throes of newborns and toddlers, deep love is leaping out of bed to handle the kids and make coffee when you've been up all night. In my world, on cool evenings, it's Nathan cuddling up against me and allowing me to stick my icy cold toes on his leg to get warm. It's your love stopping what they are doing, putting their phones down and really hearing what you're saying.

The love beyond Valentine's day embraces the good and the bad, loves me despite it all, and doesn't demand perfection. It's the challenge and commitment to show up and do your best every day, while also embracing who you are and the reality that we are imperfect.

Go ahead and celebrate this Valentine's - but pick a day that works for you and honor your loved ones with a note that lays out that deeper love. Pick wildflowers in a field and spend the day noticing all the little things that make you adore each other. Leave your ego at the door and show love because you mean it - not to prove you are the most romantic on a holiday.

Create your own St. Valentine. Push yourself to sainthood by making the effort to show the ones you love, each and every day, how much they mean to you.

Look for the little things  - the words of affirmation, the touch of affection, and the listening ear of acceptance. Spread the romance throughout the year. Let your Valentine's Day become a recap of love that has been celebrated year-round.

Let me know your Valentine's plans below - do you have any romantic traditions or creative ways you celebrate? 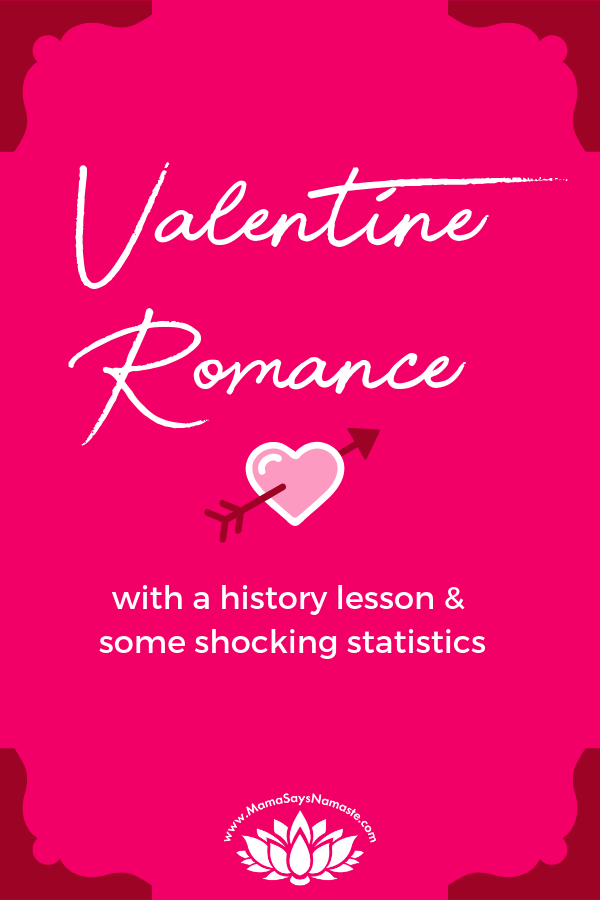 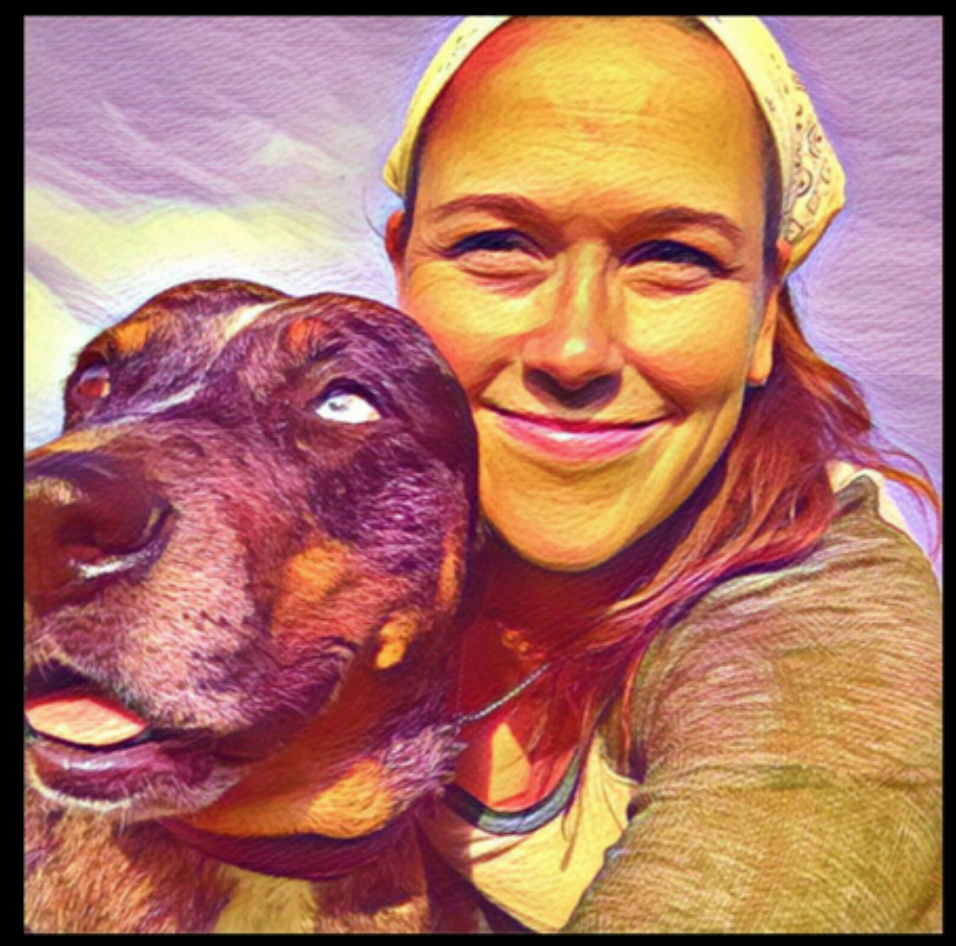 I'm here for you. From free resources to full on 1-1 coaching for your unique situation, you aren't alone.

You invest in toys, date nights or Disney. When was the last time you invested in something to get intentional with your family connection?